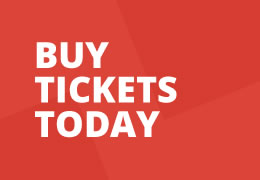 In the Spring of 1988 a wild boy is found deep in the Bosnian mountains living amongst wolves. He is randomly given the name Haris and sent to an orphanage in Belgrade to be taken care of by Ilke. He becomes inseparable with another boy Žika and slowly starts to show progress. In 1992, after he became a fairly socialised young man, local authorities force him to go back to war torn Bosnia.

This is a story about a desire to be loved and to belong. Told from the perspective of a feral boy confronting civilization for the first time, it raises fundamental questions of human nature: what makes us human and what turns us into beasts. Since the beginning of time, there have been myths about abandoned children growing up in the wild. What makes this story unique is its context, defined by the bloody war in Europe and the Balkans at the end of the 20th century. A war which had great impact on my childhood and the life of my generation. For that reason, if nothing else, I sympathize with the main character and his fate

Born in Belgrade in 1975. He studied writing for film, theatre, TV and radio at the Faculty of Drama Arts in Belgrade. He also studied Analytical Psychology. He wrote screenplays for documentaries, fiction series, animation and short feature films. Additional to his film and TV experience, he works as a dramaturg in major Serbian theatres. In 2007, he established film production company BaBoon Production which produced several short films and documentaries. "No One's Child" is his directorial debut.

Vuk Rsumovic did screenplays for fiction series, short fiction films, animation and documentaries. Additional to his film and TV experience, he also works as a dramaturge in major Serbian theatres.